Taking The Orange Pill: A Theory Or Reality?


Bitcoin is the opportunity to free yourself from monetary bondage through knowledge. 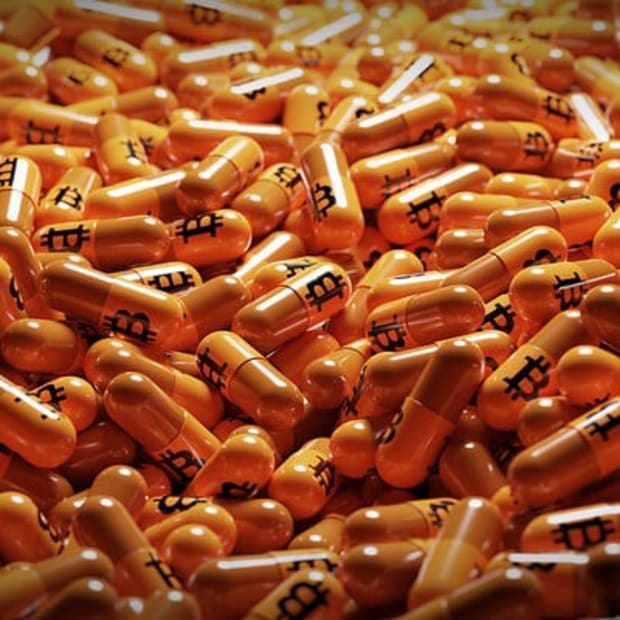 The goal of orange pilling someone has nothing to do with drugs. It is the notion that bitcoin will inevitably become the global reserve asset, while converting people to believe in the bitcoin standard. But, how do Bitcoiners expect this to occur if the vast majority of people still fail to understand what Bitcoin is and truly stands for. Thus, the Bitcoin orange pill theory was formed.

Escaping the monetary Matrix requires choice. Luckily, game theory has provided the masses with two pills for intellectual consumption that are very complex. You are taking the orange pill, which represents Bitcoin, freedom and monetary sovereignty or the blue pill, which means fiat money, debt and blissful ignorance. Physically, there is no pill to take, only knowledge about Bitcoin and freedom gained. Do you remember the years before Bitcoin? Being helpless, saving your money for a home or car then, boom, the value of your dollar is lowered and the home you saved for is now three times more expensive. Bitcoin is about freedom from just that. If you think it’s about how much the price will increase for a single coin in fiat dollars, there is a lot about this technology you do not know. Those who believe they have overdosed on the orange pill get called Bitcoin maximalists. Still, maximalists can be toxic to some people not ready for the intensity of belief that stirs up in their veins of evangelism. So, what is the best approach to taking the orange pill if you are new or curious about Bitcoin? Let’s dig deeper…

Do Not Take The Blue Pill Unless...

Most people are not ready for the unsettling and potentially life-changing knowledge learning about Bitcoin represents and enjoy the beautiful prison they live in. The blue pill would lead them back to ignorance, akin to monetary Stockholm syndrome, living in confined comfort without the fear of declining purchasing power within the simulated central bank reality. The concept of Bitcoin requires an understanding of multiple schools of thought such as economics, history, physics, computer engineering, technological disruption and much more.

Some people do not want or even care to learn about Bitcoin and become overwhelmed at its downright insane solutions for money and ultimately the world. Bitcoin eliminates the arbitrage of a bank. It allows people to deal directly peer to peer rather than indirectly. For those intimidated by that thought, you can’t expect people to understand bitcoin when they are hypnotized by fiat money, thinking it is a better viable option. Most people don’t know what’s good for them. As described by Morpheus from the “Matrix” movie: “You take the blue pill…the story ends, you wake up in your bed and believe whatever you want to believe.”

Falling down the Bitcoin rabbit hole entails being bombarded by tons of information. Any orange-pilled pleb will tell you with conviction why bitcoin is the best thing since sliced bread, and the only other option to this is to have fun staying poor. When you go orange, you quickly learn these crucial things about bitcoin.

It is scarce.It can store your monetary wealth.It can be used to pay people securely.It can be exchanged globally for goods and services.It can and will appreciate in value over time.It is decentralized so that no government or individual bank is in control.

So, get used to a rigorous debate during your orange pill journey. You will be constantly questioned on what money is, Austrian economics and Metcalfe’s Law. Questions like, “If you divide the world’s wealth by 21 million bitcoin, what do you get?” You will be perplexed and in awe of how the pieces fit together as you search for solutions. Once you realize money is an idea of what is valuable, and that idea isn’t concrete. You ponder.

A bar of gold is just a symbol of what value is. Something man deemed valuable for thousands of years but didn’t mean it would stay that way for another thousand. Gold has been deemed a relic by Bitcoiners, and stocks are proving to be volatile amid massive overprinting by the Federal Reserve. So, people are looking for solutions to their money problems. Americans that invested in bitcoin using their first $1,200 stimulus checks saw a 620% gain. Show me a stock on the traditional market with that type of upward mobility. In this new paradigm, your ideas become wealth. Bitcoin is the best idea of the 21st century for money. The orange pill allows a Bitcoiner to see, while others are blind. We are witnessing the dematerialization of the economy, politics, and the rise of the cyber economy and monetary sovereignty through Bitcoin.

The concept of Bitcoin not being able to be destroyed unless you shut down the internet globally is ingenious. Even if a future shutdown occurred, the bitcoin will lay dormant on cold wallets and hard drives until its nodes are awakened again. The orange pill makes a person look beyond the obvious of current ingenuity. Land, for example, is something you can see, touch and build on as a form of an appreciating asset. For centuries, land has been the obvious choice to secure wealth and still is in certain circumstances. The land is apparent and obvious. The land is scarce, but it can be seized, taxed or squatted on. There is less bitcoin than land and it doesn’t hold the liability land ownership does. Not everyone will be able to afford or own land, but bitcoin is available with no barrier to entry. Even the poorest among us can buy into bitcoin and join its network. Bitcoin removes the flaws of physicality; it is a technology you cannot taste, see or touch.

Lastly, the orange pill, which is ultimately the understanding of Bitcoin, teaches you gratitude. It forces you to withhold being wealthy to gain conviction first. Understanding how game-changing this tech is, you learn it transcends money. Gradually then suddenly. Bitcoin will become as ubiquitous in the future as the internet is in our lives today. Rules can be bent, others can be broken. What are the monetary rules in the world of fiat? They are not clear because the rule book is modified by and for those it benefits the most.

Bitcoin fixes this flawed approach and gives a person the ability to see the rules of money and make them elastic or bend them. Like Keanu Reeves who played Neo, you can slow down your time preference and dodge the obstacles of high consumption and high debt. Slowing down time into slices is the best side effect of the orange pill. You can observe things that would have whizzed past and can make sound decisions with sound money.

If you made it this far. The best thing you can do in protest of the monetary constraints we are all under is to buy and hold bitcoin. In the Bitcoin social circles, this is considered a peaceful protest where there is no need for violence or civil disobedience. The inflation filled world we were all dumped into at birth but never opted into is an illusion. Some have taken the orange pill to see how deep the rabbit hole goes and that takes courage. Some are still trapped inside of fiat and don’t even know it. But there is salvation. Bitcoin is the one.

This is a guest post by Dawdu M. Amantanah. Opinions expressed are entirely their own and do not necessarily reflect those of BTC, Inc. or Bitcoin Magazine.

Bitcoin And The Lightning Network: The Most Efficient Payment System In The World

Michael Saylor’s MicroStrategy Up Over $3 Billion On Bitcoin Investment

The U.S. Government Does Not Respect Autonomy. Bitcoin Does. 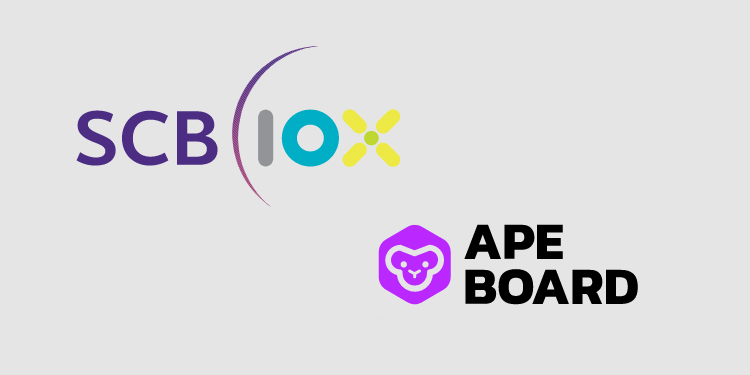 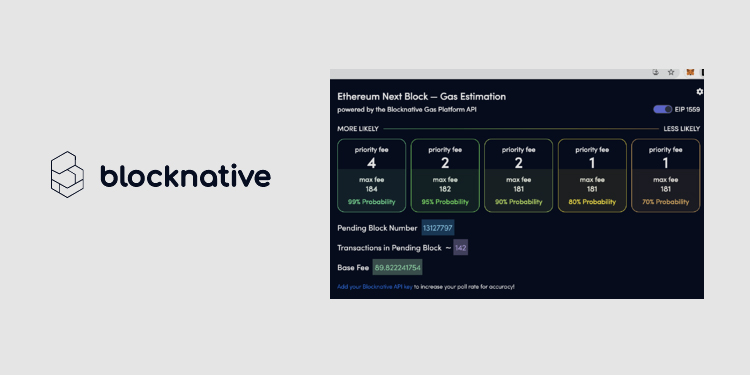 Crypto in the UAE: TRES Was Approved by DMCC for OTC Trade License to Operate With Cryptocurrency 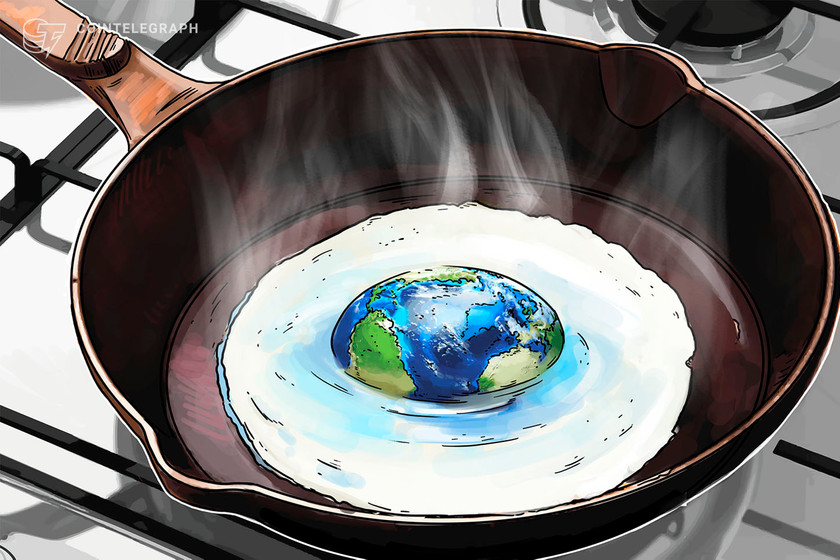